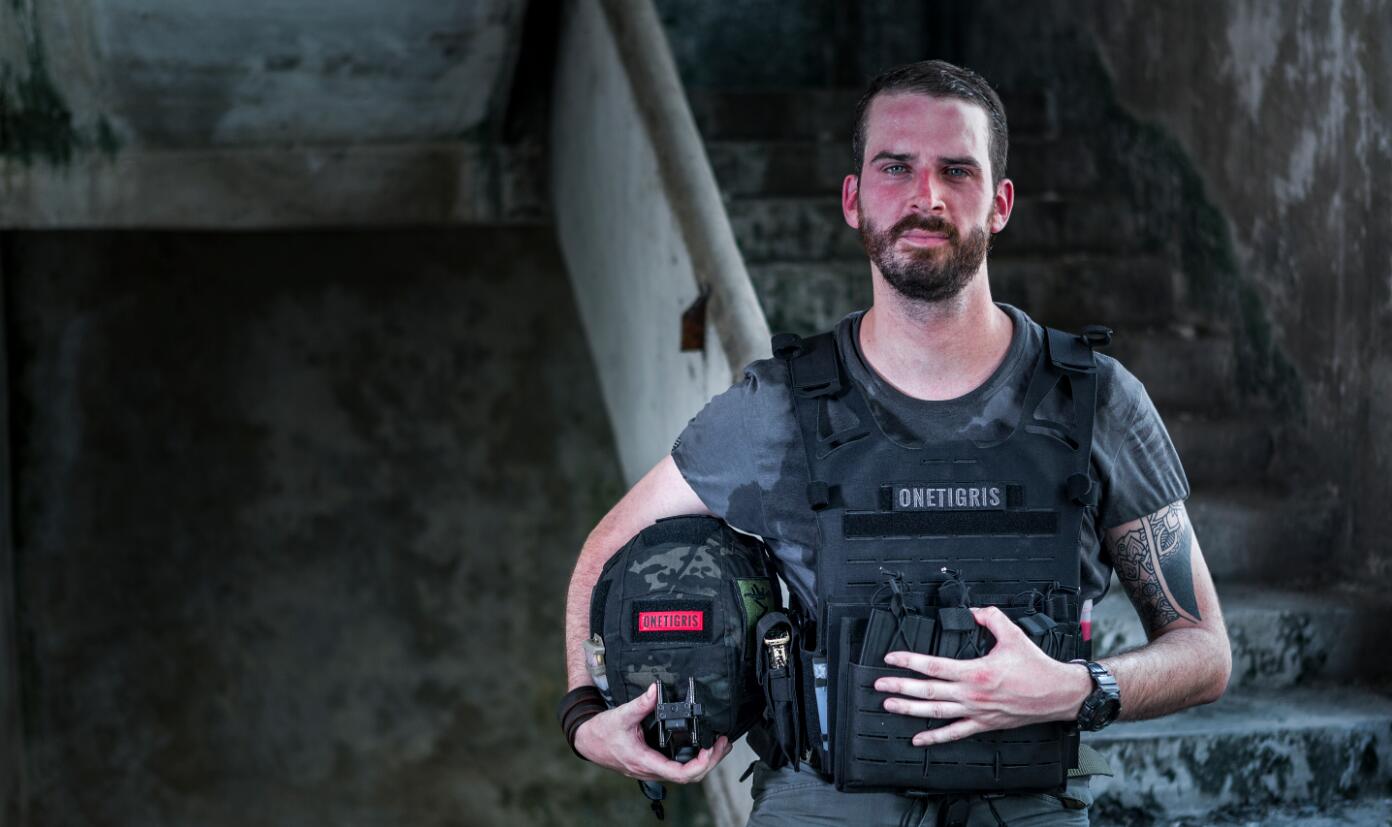 Airsoft games can be tailored for different number of players, weapons, landscape, time of the day and so on. Here are some of the most common games listed based on how easy/hard it is to play and the recommended number of players.

An airsoft team should have at least 4-6 players, each with different roles and varying weapons. If you're on the team that's defending a fortress, for example, you don't need players to push forward, and if you're on the assaut team then you can do without a sniper and just make sure you have enough protection at the rear. Most teams consist of a majority of riflemen, a support gunner, one or two DMs (designated marksmen), a sniper and a grenadier. You should always have a second and third in command in case the squad leader gets taken out.

Last but not least, have a hell of a good time! 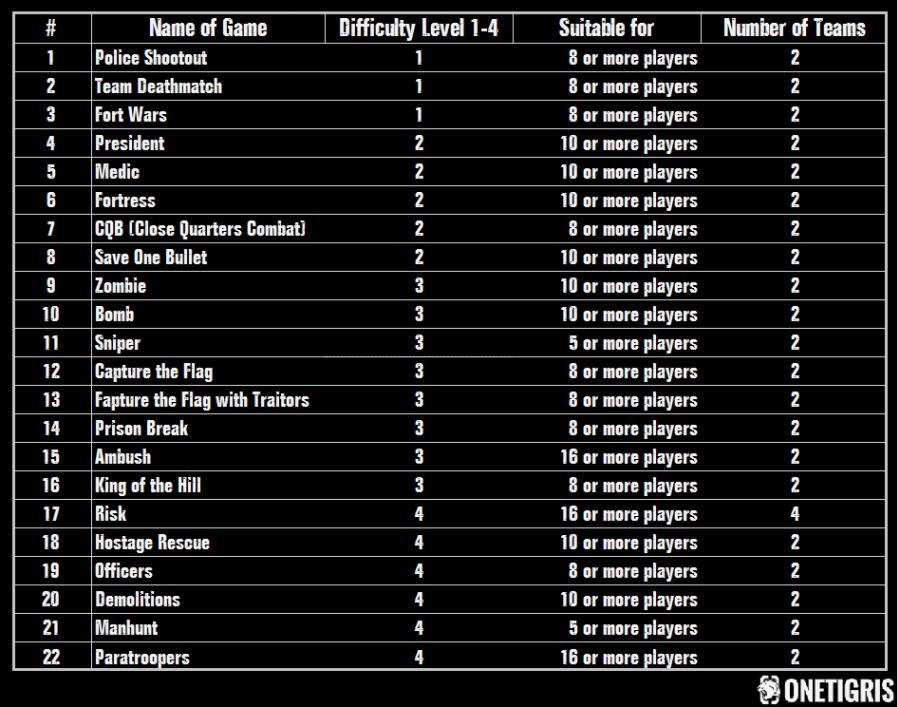 1. Police Shootout
This most simple game with 2 teams and the objective of eliminating the other team.

2. Team Deathmatch
A straightforward game that can be beginners’ intro to airsoft. Players are split into 2 teams and when you get hit you go back to the respawn point. The team with the most number of kills altogether wins.

3. Fort Wars
Two teams with the objective of replacing the other team’s flag at the base with your own.

4. President
There is a president in either team, each with his/her own protection and assassins. Two objectives: 1) The president needs to reach a specified location without getting hurt. 2) Eliminate the other team’s president before he/she reaches the specified location.

5. Medic
The medic is the player who can revive the downed teammates. The objective is to eliminate the other team and their medic.

6. Fortress
Two teams, one a smaller group to guard a fortress and eliminate the enemies, and the other a bigger team to try to break into the fortress and down the players within.

7. CQB (Close Quarters Combat)
A straightforward game with the objective being to eliminate the other team with airsoft pistols or other CQB weapons.

8. Save One Bullet
Similar to “Fortress”, the smaller team plays defense with only one mid or low capacity magazine each to fight off the bigger team that is well armed.

10. Bomb
Each team has a “bomb” that they must plant in the other team’s base. The objective is to eliminate the other team and prevent the bomb from being planted, or to steal the bomb and “dismantle” it.

11. Sniper
One player using a sniper rifle/bolt action rifle has two minutes to hide. The rest of the players must find him to shoot him. Once shot, the sniper has to be escorted back to a certain checkpoint. The sniper can run away at any moment, but if shot again, the sniper loses. If the sniper gets away and stays alive for two more minutes, the game starts over.

12. Capture the Flag
Two teams play against each other and try to take the other team's flag or flags back to their own base, with the flags placed on an open area. You can have a "Live Flag" or a "Dead Flag". In Live Flag the flag is dropped if the flag carrier is shot, and another player can pick the flag up. In "Dead Flag" the flag carrier has to return the flag to the enemy's base when eliminated, before the flag can be taken again.

15. Ambush
Similar to Officers, players are split into the infantry team and the other a quarter of the size that uses only use airsoft sniper rifles. The small group of snipers must eliminate the infantry troop before they make it to a designated location at the end of a chosen path. The infantry needs to stay on the chosen path and the snipers can move around as they wish to try to stop them from finishing their specified route.

16. King of the Hill
A portion of the players barricade themselves on a hill or relatively open area and the rest of the players are the attackers. On the top of the hill or a designated location is a flag, and the team that is closest to the flag when the time is out, wins.

17. Risk
Players are divided into 4 teams of separate colors and they each have 6 flags. The objective is to replace the 6 flags in 6 designated locations to your own. The game ends when all posts are captured or when the time is up.

18. Hostage Rescue
Hostage rescue requires two teams, one team of hostage guards, the other hostages and rescuers. The rescue team needs to try and release the hostages without being shot, and escort them back to a specified area. The guard team needs to try to eliminate the rescuers.

19. Officers
Players are split into 2 teams, officers and attackers. The officers need to follow a specified route without being shot and only 1 officer needs to survive to win. The attackers have airsoft assault rifles or air sniper rifles and they can hide or move around as they wish, with the objective of stopping the officers from finishing their specified route.

20. Demolitions
In this game there are two bases, and an object to represent a satchel charge (mock explosive) is placed in the middle of the field between the two bases. Each team begins from their own base and the objective is to take the charge to the enemy's base. When the charge reaches the enemy's base and remains untouched by the enemy for a specified amount of time, the other team loses. If the charge carrier gets eliminated anyone else can pick up the charge and continue.

21. Manhunt
A straightforward game that is a thrill to play during night games. A voluntary player is the prey and the rest of the players are hunters. The prey wins if he can reach a specified place within the time frame. The hunter that shoots the prey wins. The hunters may not shoot each other. 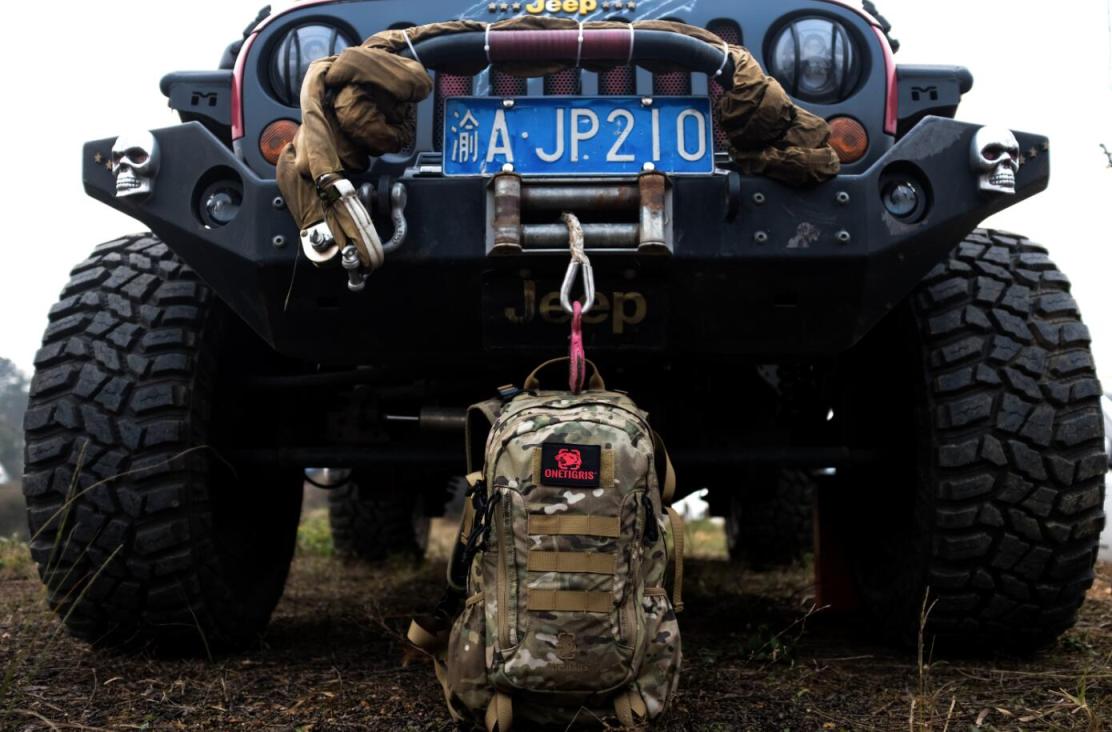 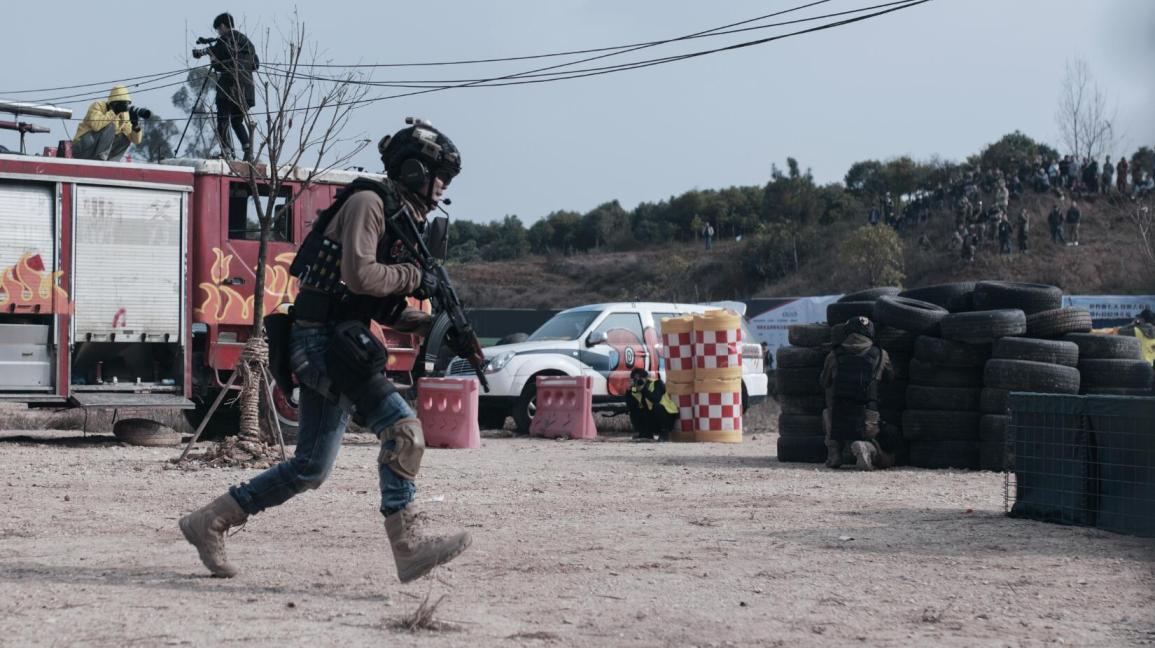 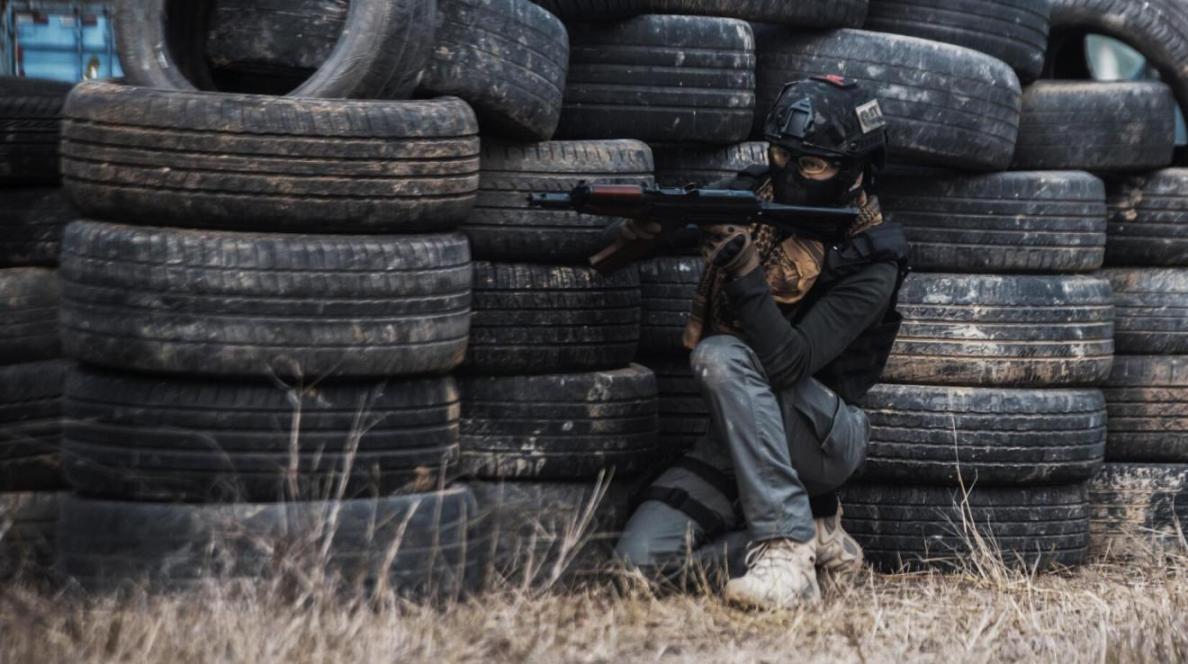 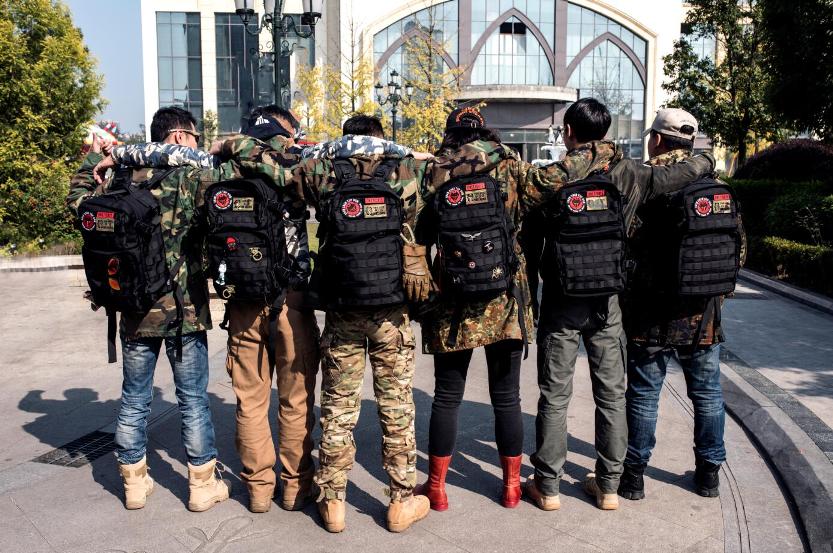